Chapter president Darren Coomler presented an overall status of the e-aircraft development at our January member meeting. I made comments on my concerns on the viability of electric aircraft, and was intending to just point out that the status of battery technology is not ready for long range travel, but now, some LSA activity is encouraging.

Motor and controller systems can provide high power of up to 650 hp as in the ‘Spirit of Innovation’: 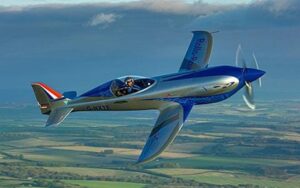 And the ‘Zero’ motorcycle parts are being used in light sport aircraft, needing only 10-20 HP, such as the e-Gull: 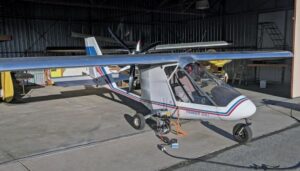 But these are not simple, uncomplicated systems, with sophisticated electronic controllers comprising hundreds of high power components. The temperature of the motor, controller and battery have to be monitored and cooled, so that the temps do not exceed about 200 degree F. The electronics have an upper limit of 257 deg F, for military/Automotive grade parts.

The motors, controllers and large batteries require air or liquid cooling, with their temperature control systems. So, comparing an air cooled aircraft engine to the equivalent electric drive will show that the electric system is much more complex, and has more points of failure.

Battery capacity/weight is one of the huge problems. For example, the Tesla 100 kWhr battery weighs 1,100 pounds. That 100 kWhrs is equivalent to the energy in 3 gallons of av gas!

However, since an electric drive system is 3x more efficient [90% vs 30%], it’s more like 9 gallons of avgas, but with the avgas still only weighing 54 pounds, that’s a 20:1 weight ratio.

Even if batteries eventually achieve the energy density of avgas, there is still the recharging problem – who will pay for the 240kw ‘fast DC’ chargers at airports needed to ‘quick’ charge the battery ? Plus the connection to a 480 volt, 500 amp service, that will provide a 240 kw charge capability, which will still require 1.7 hours to recharge a 400 kWhr battery that a C172 would need, versus the 10 minutes to refill 50 gallons of avgas. Another example; a Cessna 172 needs about 110 HP to cruise at 60% power and can fly for about 5 hours. 110 hp is 82 kw, so, x 5 hours = 400 kWhr, for which today the battery would weigh 4,400 lb.!

The Zero motorcycle drive is being used in a number of flying aircraft, as mentioned, plus the e-Xenos that Sonex will soon support! 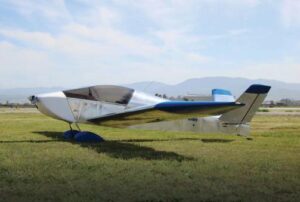 The 11 to 14 kWhr batteries can be recharged in about 5 hours from a typical hangar outlet of 120 vac and 20 amps. Higher voltage and current would reduce charge times, but are not typically available to pilots.

Then there is the large effort in developing e-VTOL (vertical takeoff and landing) aircraft, which may be useful for short commuter hops.

Right now, it’s all about the battery!