We have the Young Eagles rally coming up on May 4th, and we need more volunteers, both pilots and ground crew:

The agenda for the next Airport Committee meeting, scheduled for Monday, April 29 at 10:00 A.M. has just been released, and one of the items on the agenda is “hangar appraisals”.

Anyone renting a hangar from the City could be affected by what the City decides to do regarding the potential sale of the City owned hangars, and might want to attend this meeting, which is open to the public.

The meeting will be at the City office, located at 600 6th St., Lincoln.

TR and his son frequented our Pancake Breakfasts and TR is a pilot who also flies Young Eagles, and Vicki helps at the Young Eagle Registration table last year.

In an effort to press forward and complete the hangar upgrades we began in 2018, our chapter is having a Hangar Work Day on Saturday, April 27th. We have a good list of items that we want to accomplish during the work day. Among the items: complete the installation of insulation on the hangar doors, begin installation on insulation on the hangar ceiling; install four circulation fans from the hangar ceiling; rearrange some of the shelving storage; and do some other clean-up items. We have come a long way in upgrading the hangar to our chapter home and it is time to push through and finish the job so we can move on to other tasks. We’ll get started at about 08:00 with plenty of hot coffee and maybe even some donuts. We’ll work until we have it done, but hope that will be by 12:00 noon or so.

Please come join your fellow chapter members in our hangar endeavors. Many hands make light work, and there may be power tools involved too.

Come on out on Saturday to the Gazebo area at the airport between 08:00 and 10:00 for a pancake breakfast (in support of the Richard and Susan Bristow Memorial Scholarship Program) and to help support the LRAA monthly display day. Invite your friends and family to come see the airplanes on display and have breakfast to boot.

The fun day made the Gold Country Media.

Welcome to Spring! For the April monthly member meeting, we will be moving back to our chapter hangar at the Lincoln Airport. On Wednesday evening, April 17, we’ll start with a BBQ dinner at 6:00 pm with all the fixings that we can find. We’ll do some serious hangar flying up until about 7:00 pm when we will hold a short business meeting and do a few fun little things. Then, afterwards, we’ll hear again from Dan Masys.

At the February chapter meeting, Dan Masys presented the Top Ten Things he learned building three experimental aircraft. In Part Two he will talk about the most important things he learned flying those same aircraft, and how they compare with one another. Dan promises that his computer will be working this time, so there will be pictures to go along with the words! 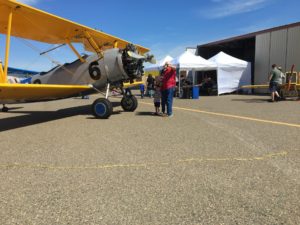 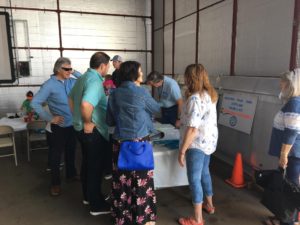 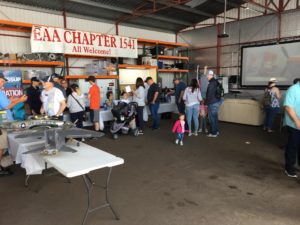 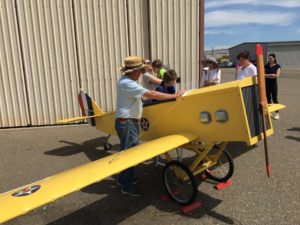 Another reminder about the chapter’s Airport Fun Day set for next Saturday, April 13, between 11:00 and 14:00. This event is a chapter initiative to bring families out to see our airport and our chapter, so we are providing a display of static aircraft, a hot dog lunch, and a variety of activities that appeal to children and families.

It’s the board meeting after the movie on Saturday – all are invited.